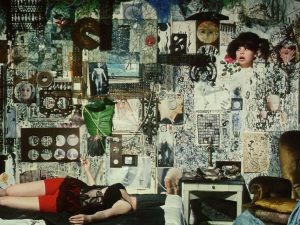 This course surveys the history of cinema from the middle of the twentieth Century to the present. Moving chronologically, we track a variety of national schools and international trends of filmmaking to analyze the global development of film exhibition practices, production cycles and trends, and the changing landscape of distribution. We examine the formal, industrial, and cultural changes of the medium from neorealism and the Hollywood film noir to the blockbuster franchise cinema of Michael Bay. Putting Hollywood in dialogue with its “others,” we engage a variety of national and international film movements: global new waves, auteur and art cinemas, Third Cinema, experimental film, contemporary “slow cinema,” and more. We also discuss key moments in the transformation of Hollywood since World War II: the blacklist, the decline of the studio system, the rise of independent production, the industry’s gradual conglomeration, and more. This broad and comparative approach to the history of cinema will take up a variety of primary and secondary sources to assess and cultivate mends for researching and writing film history. 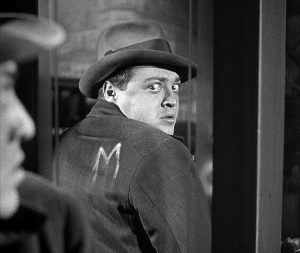 This course surveys the history of cinema from the end of the nineteenth century to the middle of the twentieth century. Moving chronologically, we track a variety of national schools and international trends of filmmaking in order to analyze the global development of film exhibition practices, the emergence of film audiences, and more broadly cinema’s role within the public sphere. We examine the formal, industrial, and cultural changes of the medium from cinema’s emergence through the conversion to sound in the late 1920s. We also explore a variety of national and international movements from the 1930s to the 1940s—including German and French cinemas, classical Hollywood cinema, and Japanese studio productions pre- and postwar. Taking a broad and comparative approach to the history of cinema, the course offers a critical perspective on the forces that shape the medium’s profoundly transnational character. We also engage with a variety of primary and secondary textual sources in order to assess and cultivate theoretical methods for researching and writing film history.

Film theory addresses fundamental questions about the possibilities and limitations of the medium of film, and about the nature of representation, technology, aesthetics, subjectivity, politics, and culture. This course offers a survey of the development of film theory from the postwar analysis of propaganda and industrial mass culture and the rise of cultural studies to contemporary understandings of the transformation of cinema in the digital age—after the so-called “death” of film. We proceed chronologically, looking at major trends in conceptualizing film including (but not limited to) Marxism, feminism, psychoanalysis, semiotics, critical race theory, queer theory, affect theory and phenomenology, sound studies, media archaeology, and reckonings with film’s role in contemporary economies of attention. The purpose of this course is to give you a working understanding of how film theory has developed since the middle of the past century, raising a series of questions that bear directly on the film and media culture of the present.